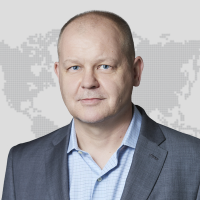 Vesa Kemppainen brings more than 20 years of SAP implementation experience to his position. As a co-country manager, Vesa focuses in the areas of Delivery and Finance.

Vesa started his consulting career in Finland in 1998 focusing on Business Intelligence. Vesa has lived in the U.S. since 2008 after a four years stay in the U.K. Vesa joined msg global in 2013 and has accumulated a wealth of expertise from numerous industries and has led multinational SAP implementations. During his career, Vesa engaged in various roles including developer, team lead, architect, project manager and consulting director.