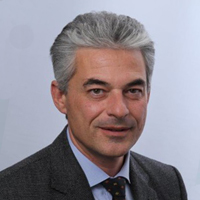 Wolfgang has been involved in managing responsibilities for SAP Business since 1999 in Austria, Germany, Eastern Europe and Russia. Since 2006 Wolfgang was fully focused on Russian SAP Business, which led to him be the founding partner for Plaut in Russia. Today Wolfgang acts as Managing Partner msg Plaut Russia & CIS. Responsible for the company's development strategy and operational responsibility for leading all operations for the Food production, Pharma and Internationals “SAP Fit for Russia & CIS” industries.